How to Bounce Back from Failure?

You got the results and it was negative.

Yes, it feels bad. It feels pathetic. It feels like being stuck in the vicious circle of attempt-failure-attempt.

What to do? How to do? Can I really do it? Ab karoon toh kya karoon?

All sort of negative thoughts start dancing in our heads and it’s disturbing.

To worsen this further – some of us have negative people around us adding more fuel to fire at a point of time when we need them the most to support us.

Some of us get angry & disappointed with ourselves because we secretly know that we did not give our best shot. We just made half-hearted effort.

Some of us are angry on our life circumstances wherein we are not able to get enough time for studies because of our jobs or article-ship.

Some of us are unconsciously blaming others for not giving enough support or blaming institute for being unfair.

If you want to end the war inside your head, then read this article until the end and take two actions mentioned in this article.

This article will help you accomplish following three outcomes

Firstly let us kill the biggest demon of ourselves – the conversation of failure in our mind.

Unless we kill it first, our mind will be restless & depressed and we know that disturbed mind cannot focus on studies or work.

To nail the conversation of failure, let us take two examples for fields other than our studies to objectively look at what exactly is failure.

Croatia lost the FIFA World Cup Finals despite all the hard-work we saw on the field. Is Croatia team a failure or they just failed in one game? What do you think?

Halt for 10 seconds and think about the answer.

Obviously, it’s the game that they failed in. If Croatia Team is a failure, they would never play the game again. Right?

Now, let’s take an example of Ranbir Kapoor – one of the finest actors in Bollywood. Most of his movies from 2014 to 2017 failed at box office like Roy, Bombay Velvet, Jagga Jasoos, etc. Now think for a moment – did Ranbir Kapoor failed or his movies failed?

Halt for 10 more seconds and think about the answer.

It’s the movie that failed – right?

If Ranbir would have taken the failures personally to his heart, he would never come with super-hit Sanju.

Now, let’s come to our situation. When you fail in an exam – what has truly failed?

Did “you” fail or you have failed in one of the “exams”?

Halt for 10 secs and think about the answer.

We may fail in some pursuits and succeed in others. That’s how the life is.

Be it Dr. APJ Abdul Kalam, Steve Jobs, Elon Musk, Amitabh Bachchan or YOURSELF – everyone fails in some pursuits. All the legends are aware that there is no point in taking failure personally. It’s just a part of the journey. In fact stories of all successful people have common denominator – they all had big failures in their lives which gave them valuable life lessons and most importantly character of strength.

To kill the conversation of failure in your mind is to get aware that you can NEVER be a failure. It’s CRIME to take failure personally. You have 100’s of pursuits in life and you have failed in one of the pursuit and that’s perfectly okay. You will always have next chance, next opportunity – next attempt.

Mount Everest is the world’s highest peak in the world. Let’s say Arunima makes an attempt to climb the Everest and reaches 7500 metres and can’t go beyond for the health reason.

Would you call her a failure?

In fact, you will say – Arunima made an attempt. It’s amazing.

Now what would Arunima do? What do you think?

Now, because she has an experience of climbing 7500 metres, she is more aware of the gaps in her preparation. She would introspect her performance with her Sherpa (the guide/ experienced climbers), identify the gaps, craft solutions to plug the gaps, implement them and then again make an attempt. Right?

Now, let’s come to our situation. CA is one of the toughest exams in the country. Most of the students don’t even have the guts to take it on. They settle for something else. But you didn’t settle – you took it on. So first of all – acknowledge yourself for taking it on.

Now you made an attempt and you fell short to clear the exam just like Arunima fell short in her Everest attempt.

So what is it?

A failure or an attempt

It’s indeed an ATTEMPT. If any student becomes a Chartered Accountant after trying for 4 times, the fraternity never says he failed 3 times. They say – he/ she took 4 attempts and became a Chartered. Correct or not?

So where is the word “failure” coming from?

It’s just our negative mind and negative people around us which use the word “failure” and pulls our energy down and we land up wasting so many weeks and months to bounce back. Many of us damage our physical and mental well-being due to negative thinking.

Now some of you may think – “I am feeling better after reading this article but my culprit mind will again take me into negative zone. What to do?”

Do you want a permanent transformation?

Well – then commit yourself to take the Action No. 1 given below. It will take 15-30 minutes and this action has the power to transform the weak mind into strong & confident mind. Ready for it?

Take the print out of this article and make a 100-days ritual to read this every-day – in the morning or evening whatever suits you. Schedule an alarm in your phone to remind yourself about this ritual.

Now let’s go to the third & final dimension of this article – how to act smartly after you fail in an attempt and bounce back.

In our earlier case, if Arunima could not make it to Mt. Everest in first attempt; what did she do?

Arunima introspected her performance with her mentor, identified the gaps, crafted solutions to plug the gaps, implemented the solutions and then made another attempt.

So what should you do?

You guessed it right. You also need to introspect in the same way as Arunima did.

In my experience of mentoring CA students, I see a fundamental mistake that students commit time & again. They keep on studying the same way again & again and they expect a different result. It just doesn’t work.

You have to do something really different this time and that shall require radical shift in your mindset, approach and study strategies.

The process of creating radical shift in your strategy starts with introspecting the gaps in your past performance, identifying the root cause, crafting solutions and finally implementing them.

Towards the end of this article you will find below a link of CA STUDENT SELF INTROSPECTION TOOL that will enable you to introspect in structured manner.

Complete the exercise diligently. It’s an internal audit of yourself – the most important person you of your life.

Introspect your gaps using the tool, craft solutions and create your new strategies.

“Take up one idea. Make that one idea your life; dream of it; think of it; live on that idea. Let the brain, the body, muscles, nerves, every part of your body be full of that idea and just leave every other idea alone. This is the way to success.” 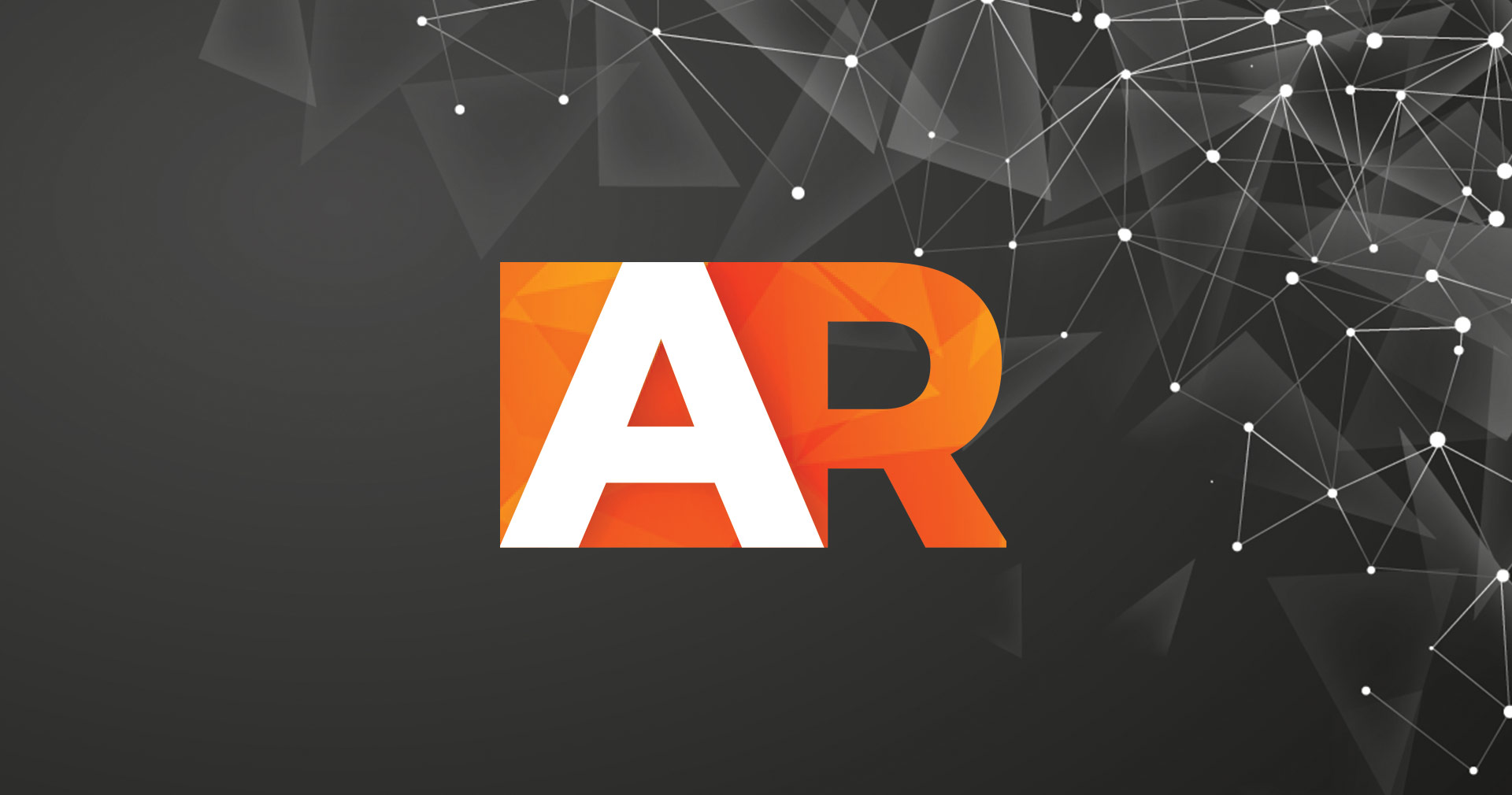 How do I get out of vicious circle of Failure-Attempt-Failure?

Ignite for me was like a "GUIDEBOOK" which revealed such marvelous techniques that helped me remain focused to my ultimate goal of being "The Chartered Accountant".

One who cleared after 19 attempts.... read what she has to say about IGNITE

IGNITE Program Guide shall get in touch with you shortly.

Don't forget to save below number
in your phone as “IGNITE”
for seamless broadcast messaging.

Ideas & Inspiration in your WhatsApp
Please fill up your details
Stay Updated
with Ideas, Strategies & Insights Follow me on Facebook

Please fill up your details